So you want to like wine but don’t know how 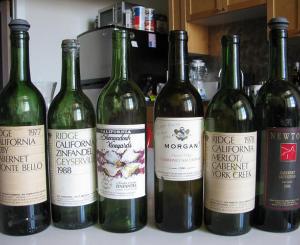 As a species, humans have historically held a unique relationship with fermented grapes. The ancient Greeks devoted an entire god’s worth of worship to them, Dionysus. For the past few millennia, the French have held the tradition of producing wine very dearly. Even wealthy Northern Californians have a longstanding history of growing, strategically smashing and, after waiting a while, drinking the contents of these berries. Such a long and colorful relationship leaves the medium of wine with a lot to be appreciated. This can be evidenced by the emergence of a multi-billion dollar wine industry. But even with all that being said, what is it about wine that people like so much anyway?

So many first-glass-of-wine stories involve a sip followed by a mild wince and a strained, “It’s really good.” And then, often unfortunately, an, “I guess I just don’t really get wine,” tends to follow. What is it about wine that draws such a large following?

Some might say that wine is an acquired taste. The flavors have nuance and intricacy. It takes a refined palate to appreciate a refined drink. These statements are popular, but don’t tell anybody much about anything, let alone appreciating wine. If anything, the language used is divisive and only associates a layer of stiffness and pomp to the industry and prevents a more widespread enjoyment of the drink.

How about some helpful advice? According to Dongha Luong, a UC Davis alumnus and enologist at Acacia Vineyards, “People generally look for a nice bouquet, nice mouth feel, a strong body that can stand the test of aging without falling apart and finish. Color and clarity are also considered, but usually aren’t as important.”

To break it down, the bouquet is the smell of the wine and the lingering scents after one drinks it. Smell is an important component of wine flavor, since the way the human body detects taste is via chemoreceptors on the tongue that send signals to the brain in the presence of specific molecules. While the thousands of taste buds on the tongue are significant in how people perceive their foods, the millions of olfactory chemoreceptors in the nose also play a crucial role. Try holding your nose the next time you eat and taste the difference.

Mouth feel, as the name would suggest, describes the characteristics of the fluid itself — whether or not a wine is viscous or watery. The mouth feel might make a glass of chardonnay seem “buttery.”

Body is a little harder to explain. When describing the body of a wine, people often refer to the tannic levels. Tannins are molecules often associated with the ripening of fruits.

People tend to describe really tannic wines, like Cabernets, as big-bodied and bold-tasting. Less tannic wines, such as Zinfandels, are usually considered semi-sweet and lighter.

Finish is the taste that lingers on after the sip is finished and leaves the drinker with something to reflect on afterwards.

Winemaking comes down to a lot more than crushing grapes, adding yeast, waiting a while and drinking what’s left. Many things like soil type, yeast genetics, even the chemistry happening in the machinery, the packing and the transport methods have to be taken into careful consideration when going from grape in the field to wine in the glass.

This end combination of flavors is the result of a careful production process that starts with growing the right grapes the right way and then processing and fermenting them under carefully monitored conditions. For instance, acids are added to wines that are intended to be crisp to give them tartness. Additionally, selecting for increased potassium carbonate makes some reds feel velvety.

According to Kathleen Go, a UC Davis alumna currently working for the Livingston Winery, the levels of added sulfurous anhydride have to be kept within strict parameters.

“Too much would cause problems of color and taste, but too little would spoil the wine,” Go said.

Ultimately, when people taste wines, they‘re looking for something in particular, whether it be a sweetness, a bitterness or even simple alcohol. In the end, the winemaking process yields a great variety of flavors enjoyed by many, once people get an idea of what they’re looking for.